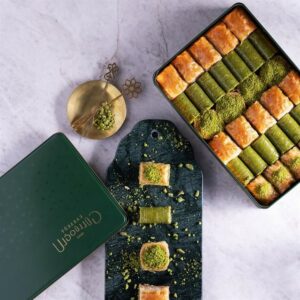 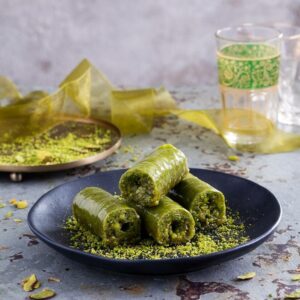 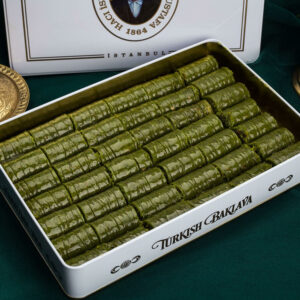 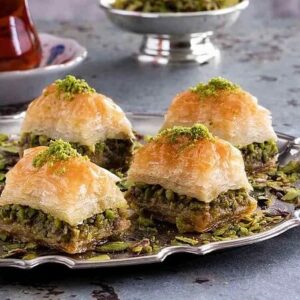 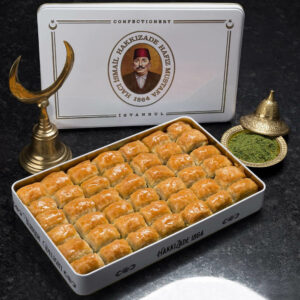 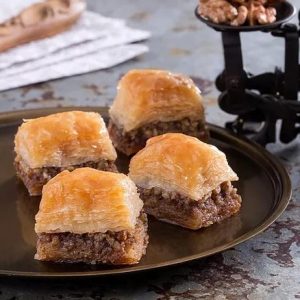 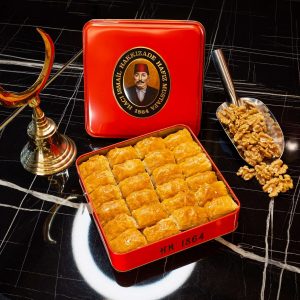 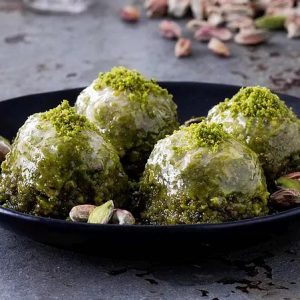 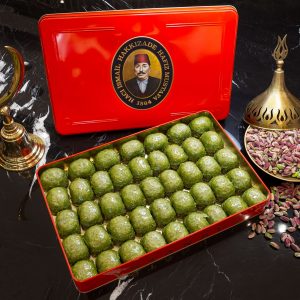 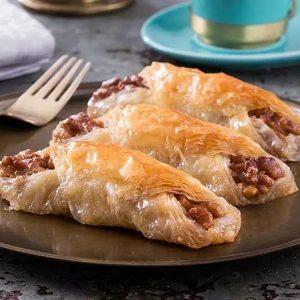 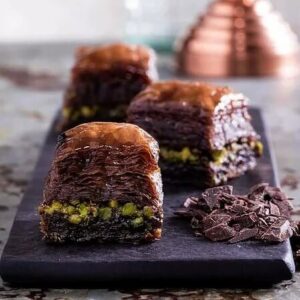 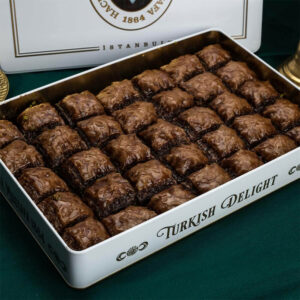 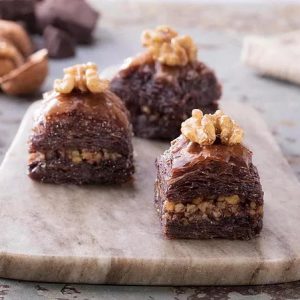 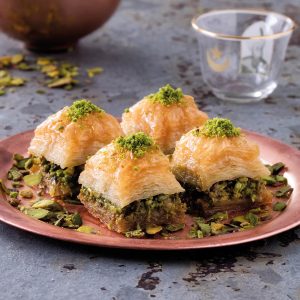 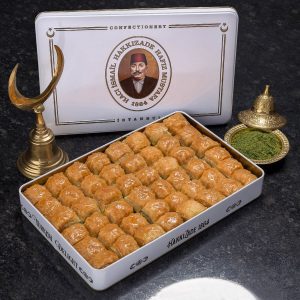 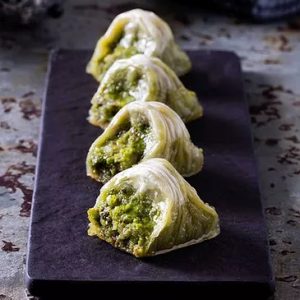 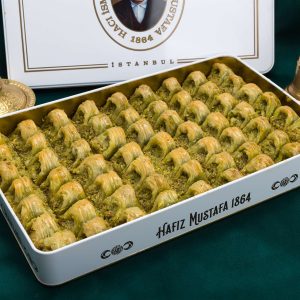 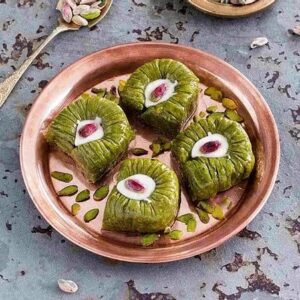 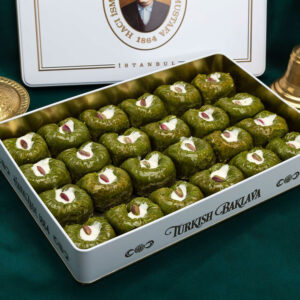 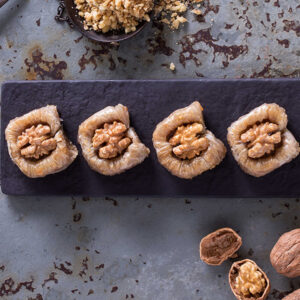 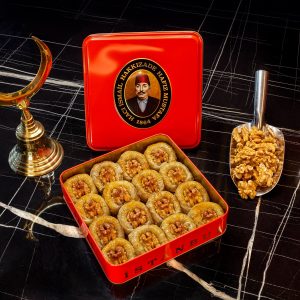 41.99$ – 119.99$
We work with Turkey's oldest and well-known baklava brands. We supply Hafiz Mustafa, Karakoy Gulluoglu and Tatlici Safa branded baklava daily and fresh. We ship the baklavas on the day we supply them, vacuum them in special baklava boxes, pack them airtight, and then deliver them to your door with express shipping.

It is possible to come across many varieties in the world, especially in the Middle East and Balkan countries. It is very diverse, both wet and dry. Pistachio Baklava, Walnut Baklava, Square Baklava, Dry Baklava, Sobiyet, Chocolate Baklava, Pistachio Wrap Baklava, Mussel Baklava are among our most preferred baklava varieties.

Gluten-Free Baklava, Vegan Baklava, Diabetic Baklava are among our special baklava varieties that you can buy online from our website. Pistachio and walnut options are available according to your taste.

When "Turkey and dessert" is mentioned, "baklava" comes to mind. Since it is known that this extremely delicious and nutritious dessert has been made in Anatolia for many years, it is also recorded that the Assyrians made a type of dessert that we can call baklava, but this dessert was made by sprinkling nuts between two phyllo and baking it in the oven. The type of baklava we know today was first encountered in Sam, and then baklava was brought to Antep from Sam. In Antep, the baklava dough is rolled much thinner and the quality pistachios grown in the region add flavor to its taste. Over the years, Baklava has become synonymous with Antep and has taken its current form. The world's best baklava masters were trained in the Antep region.

Baklava is the most preferred type of dessert in holidays, weddings and special celebrations in the Ottoman Empire. Baklava, which is a symbol of wealth, appears not only in celebrations, but also in various state ceremonies. Baklava making was even taken so seriously that the Baklava Regiment was founded at the end of the 17th century. During the reign of Suleiman the Magnificent, before the war, soldiers were served rice and stew with zerde.

However, after a while, this tradition turned into the distribution of baklava in Ramadan due to the lack of expeditions. On the 15th day of each Ramadan, trays of baklava were served to the janissaries and this ceremony was called the Baklava Procession. This tradition, which emerged at the beginning of the 18th century, was made by the sultan to please his soldiers. It was prepared as a tray for every ten soldiers and served in front of the palace kitchen. After Silahtar Agha, who was at the head of the Janissaries, took the first place, all bad luck was given to the Janissaries. They would go to their barracks with the soldiers carrying their superiors in the front and the sinister ones in the back.

Baklava, which is made from forty layers of thin phyllo on giant trays on special occasions, is a dessert known in many parts of the world. Its basic material is starch. It is prepared by putting walnuts, pistachios, almonds or hazelnuts between thin phyllo dough. Its special syrup is poured on it in its hottest form and served after it has cooled. Baklava, which is recommended to be stored at room temperature, can also be consumed by heating it slightly in winter. The ingredients in it vary according to local taste and taste. It can be served alone or with cream or ice cream. The richness of the inner material and the consistency of the syrup shows its quality.